The Rees Jones Course, which opened in the spring of 1990, is a perennial favorite of both visitors and locals.

Designer-approved renovations to the course in 1999 brought a more naturalized look with native grasses and wildflower plantings. A straightforward course with typical Jones bounding along the fairways and around elevated greens, the course is noted for its wide fairways, large mounds, pot and large expanse bunkers that provide an extraordinary golf experience.

Adding to the challenge is the use of water, which comes into play on 11 holes of this par-72 championship course. The Jones course is best described as a target and, as in his fashion, Rees Jones has used all available attributes to guard his greens.

Most Convenient To: A few suggestions for accommodations near Sea Trail might include Colony at Oyster Bay and Sandpiper Bay Condos. 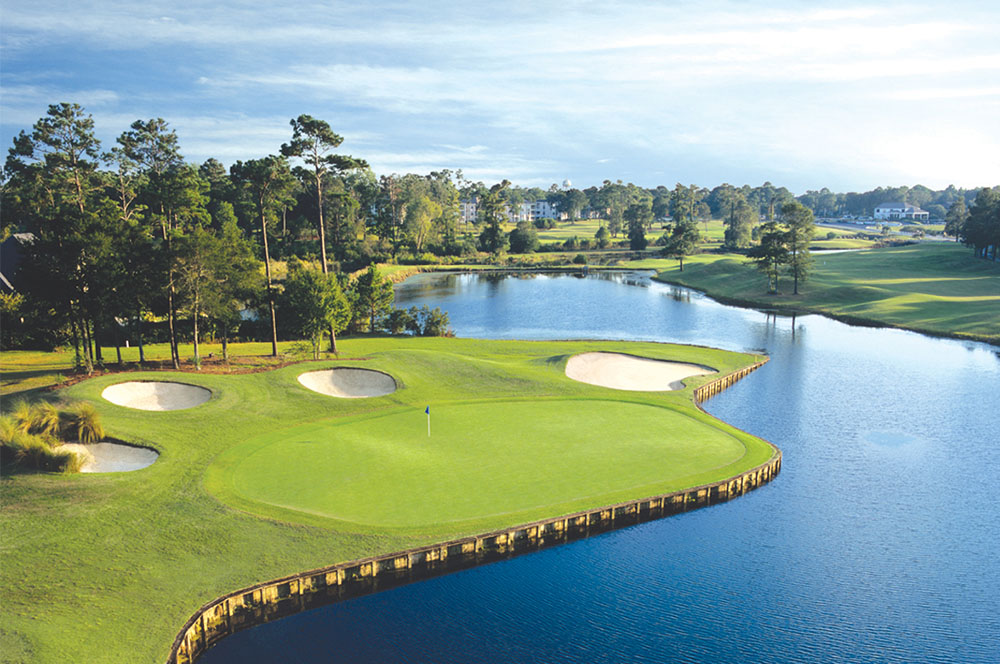